If this is gonna happen like I think it will, I may very well get tired of writing every damn day about this. But, since I either can’t find a real schedule for this show and it feels like it is going to be coming on every day at least during the week for the 50 episodes, (which would make sense for a season long anime. 5x5min episodes would be about one ~25 minute episode a week or 10 for a season) I very well might be doing this every day for a while. In which case, I’m gonna be hard pressed for new images. Haha, that’s rich. I’ll just probably swap to using images from the show exclusively eventually. But, you came here for a review. Let’s dig in.

Oh god, I haven’t used a [More] tag in so long. It feels so good. Just a little jump and we’re neck deep in awesome.  Oh yeah, the review.

I’m going to try to say something nice about this episode since the last episode left me a little bit bitter. I enjoyed the art style, for about the first 3 minutes. It’s refreshing compared to the older version and fits well into the current generation of anime. Still there is a lack of overall introduction to the plot but there was a good hint of something which may or may not be Washu (of which I’m totally pulling for her. She’s my favorite Mad Scientist).

On the other hand, there was… exceedingly pointless sexual harassment and what I’m pretty sure was sexual assault being dealt to Tenchi for things that weren’t in his control. Our hero doesn’t get many speaking lines other than to defend himself from bullshit charges, there is no real comedy, and what I’m assuming is the main heroine, Momo, is  little more than a discount Lala Deviluke without the smarts, (although the series hasn’t been on long enough to determine that). Her sidekicks are boring and pandering to extremes.

But still, I’m going to stick with this for at least a while and see if it gets better. However for the current moment, I feel like Tenchi at the end of the episode. 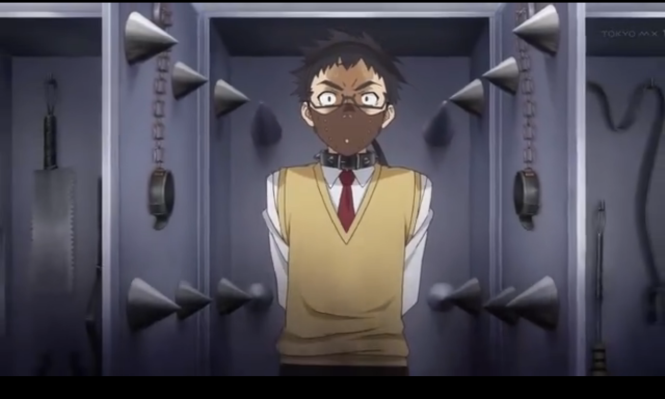