Hello everyone. As I promised a couple weeks ago, I am here to present you with songs ripped from my other song page. You will now receive a much more frequent dose of musical suggestions from me, though they will not be talked about in near as much detail. Don’t worry, I will occasionally come back with a large post, but for now, we’re showing flashbacks of a simpler time.

In addition, since these posts have already been previously made on my other music page, I will not necessarily be required to post them. As such, sometimes you may get a word or two from XIV as an introduction before moving on to my flashbacks, because he might be posting them instead of me. In fact, don’t be surprised if this happens frequently. Rest assured though that the content of the actual flashbacks is mine.

Today, we begin at the beginning. Here’s hoping you all enjoy it!

For the first post ever on this page, we will be drawing from my favorite band. If you stick with me, you’ll no doubt get to hear a lot more of these guys. This is not their best song or my favorite song, but it’s a great one, and the one I would probably play most people if I wanted them to know about the band and could only show them one thing. So without further adieu, House of Heroes, “If”:

Today’s entry is an an absolute gem by a little known artist named Joe Pug called “Hymn 101”. Pug’s lyrics have been favorably compared to those of Bob Dylan and Bruce Springsteen. This might be the best example of why: 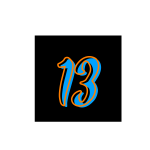