Ladies and Gentlemen, boys and girls, aliens and wizards, it has been a long time since we rock and rolled together. I, 13, haven’t posted anything to the blog since my Top Ten Albums List at the very beginning of this calendar year. In my absence, XIV has had the place to himself, and as I’m sure you’ve noticed, he has made a few changes to the looks and functionality of the blog.

I would like to first apologize for my absence for any of you that may have enjoyed reading my posts. I would blame it on being busy, but that would be less than honest. I have been busy, but I have also suffered from a lack of motivation. Fortunately, XIV has come up with a few ideas that should help to remedy that situation! His first idea, which includes changing the format of this blog from a music-only blog to an entertainment review blog as been discussed by him in more detail in a previous post. His second idea has to do with me and another page I run. On Facebook, I have a simple page called Song of the Day which predates this blog by a couple of months. On it, I post the video for a song I like alongside a brief comment, every day, for three months during the summer (June 16th – September 16th). It doesn’t take a lot of my time for me, and it has gained a modest following because I manage to post music suggestions much more frequently than I do here, where I normally go into much greater detail.

XIV’s idea is that the things I can post on that page can also be shared here from now on, so that you guys can count on posts from me even when I am too busy (or unmotivated) to make up a new one specifically for this page. In order to make these posts last awhile, the idea is to go back into the archive of my Song of the Day posts and post them all, two at a time, twice a week, until we are caught up, at which point we will still only post twice a week so that the posts can last beyond September 16th when I am no longer posting them. This will give you all a steady stream of stuff from me to enjoy. From time to time, I would like to continue posting as I used to, with more detailed posts about songs, albums (and now perhaps even movies!). I even have a few albums I’m thinking I might like to do Coating Records segments on.

So if you are still following us after all this time, we really do appreciate it, and if you are new to the page, you’ve come one at just the right time! Things are about to pick up! Here’s to a much more frequent schedule of rock and roll (and also other awesome things)! 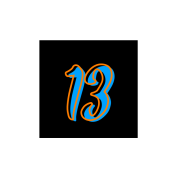