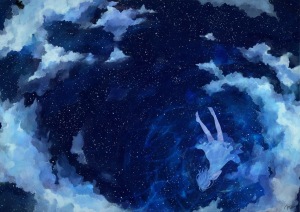 How has the soundtrack of your lives been friends? Did you alter the tune by adding an accompanying instrument? Did you rush the exposition all the way to the coda? Or did you drown your sorrows with joy or vice versa? Fret not my friends, today my soundtrack appeals to the  more somber side of life. I’m going to do this through some BGMs from some of my favorite video games. The second one is from my favorite game of all time. The first is from a game I haven’t played in a while, but while doing today’s post, I decided to change the post entirely to get this one on there. Also, it gave me cause to add this other one to the mix.

The first song, is a real strong piece. I’m not an expert on musical lingo, but this one makes me think I should get some just so that I can properly describe it to you. The Song is: Epic Poem for Sacred Death.

Now that you’ve heard a poem with no words in song verse, I’ll give you a real poem in poem verse. Read this as you listen to my next song. Which coincidentally is my favorite song from my favorite game, (which is Chrono Cross by the way). The poem is Ozymandias by Shelley:

I MET a Traveler from an antique land,
Who said, “Two vast and trunkless legs of stone
Stand in the desart. Near them, on the sand,
Half sunk, a shattered visage lies, whose frown,
And wrinkled lip, and sneer of cold command,
Tell that its sculptor well those passions read,
Which yet survive, stamped on these lifeless things,
The hand that mocked them and the heart that fed:
And on the pedestal these words appear:
“My name is OZYMANDIAS, King of Kings.”
Look on my works ye Mighty, and despair!
No thing beside remains. Round the decay
Of that Colossal Wreck, boundless and bare,
The lone and level sands stretch far away.

And here is the song: Star Stealing Girl

That whole game had songs that were this epic. I play this OST all throughout my week. I listen to this song at least once a week, sometimes multiple times. You can pick up the whole OST at Amazon, I’ll throw a link in at the bottom of the post.

Till Next Time Friends, 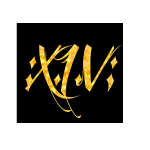 One thought on “Stealing stars and Epic Poems”